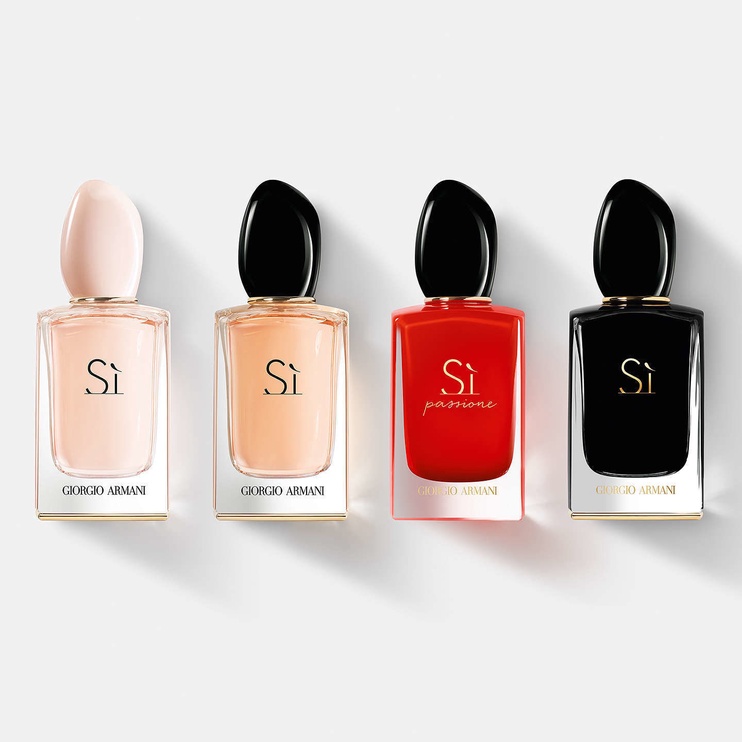 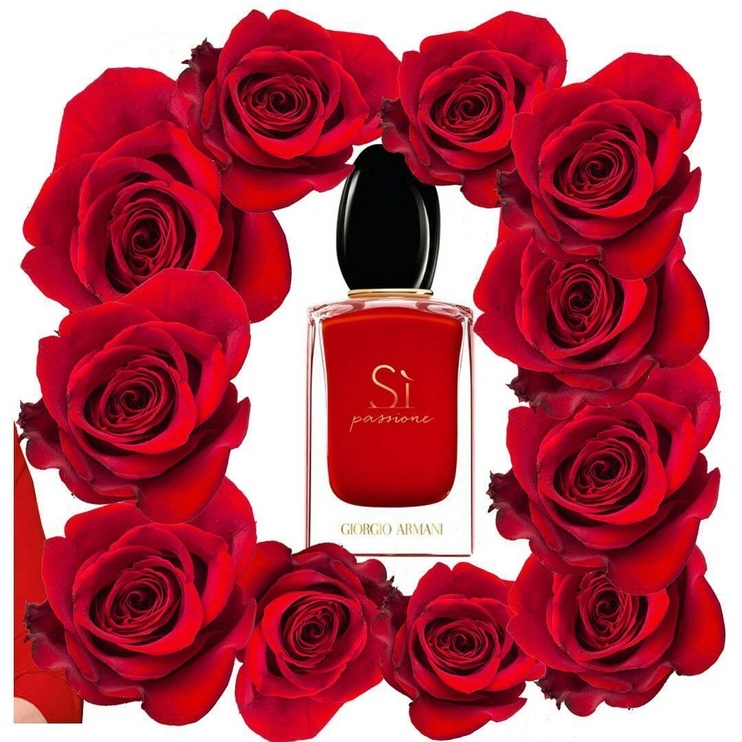 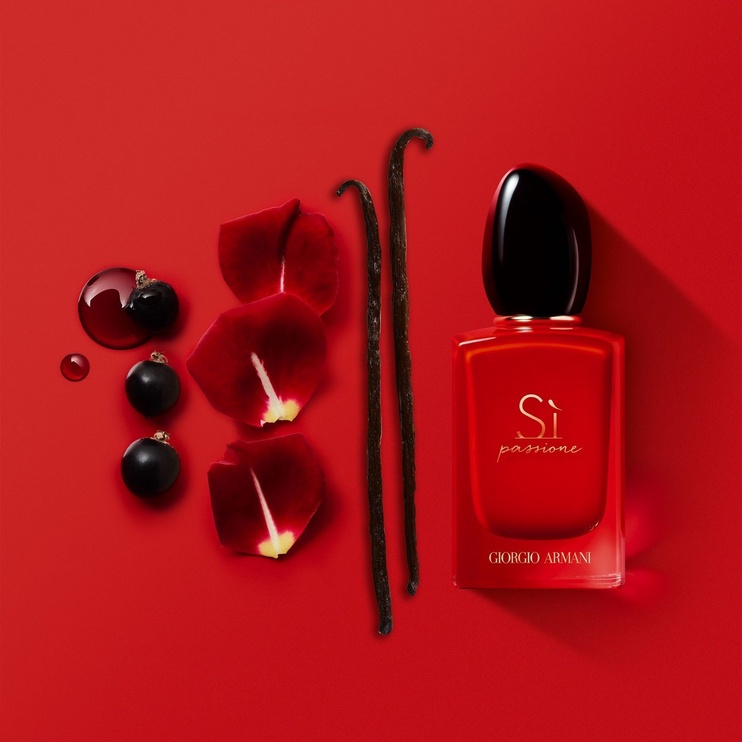 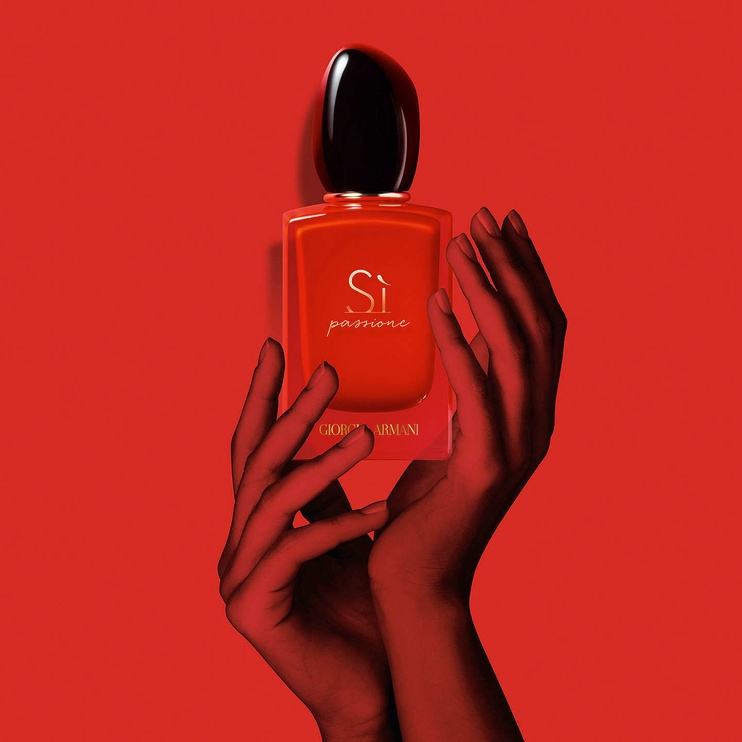 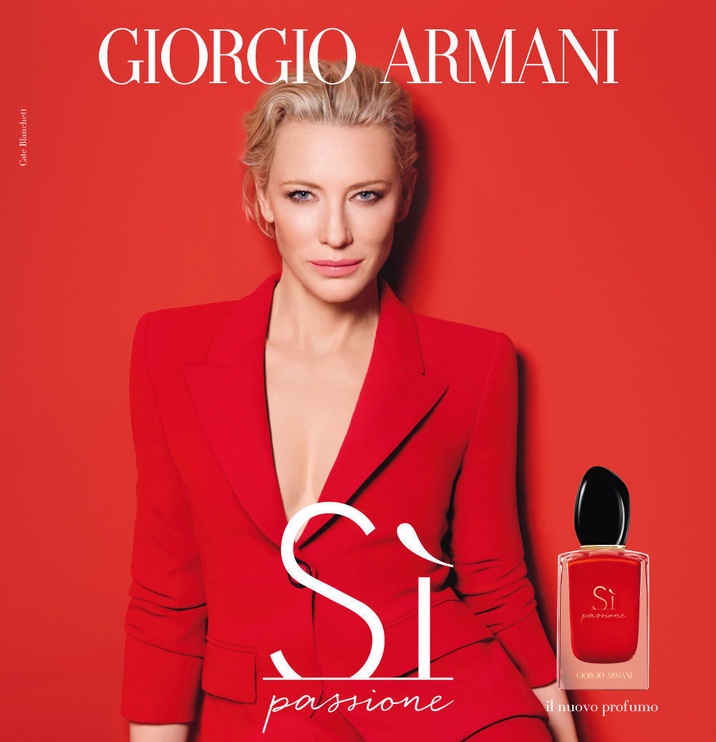 
In December 2017, Armani launches a new edition of Sì fragrance from 2013, represented by Hollywood actress Cate Blanchett. Sì Passione is a reinterpretation of the original that gives it a new dimension - described as "an irresistible combination of grace, strength and independent spirit." Announced as an intense, uncompromising scent, it is made for a confident woman who dares to say yes, and is to embody the red lipstick effect in the bottle.

"Sì Passione is a bright and sensual perfume that emits confidence, seduction, and strength. Bright and fresh in its initial impression, Sì Passione opens with notes of spicy pink pepper, like a burst of adrenaline. After initially drawing attention, sparkling and radiant pear brightens the iconic juicy blackcurrant to add boldness. A floral heart beats passionately with rose and feminine jasmine to create a powerful scent, like a seemingly fragile woman who shows incredible strength when guided by passion. The addition of heliotrope makes this perfume addictive and acts as an invitation to self-indulgence and pleasure. The warm and sensual vanilla and cedarwood dry down mirrors the self-assurance that a swipe of red lipstick can instantly give the wearer."