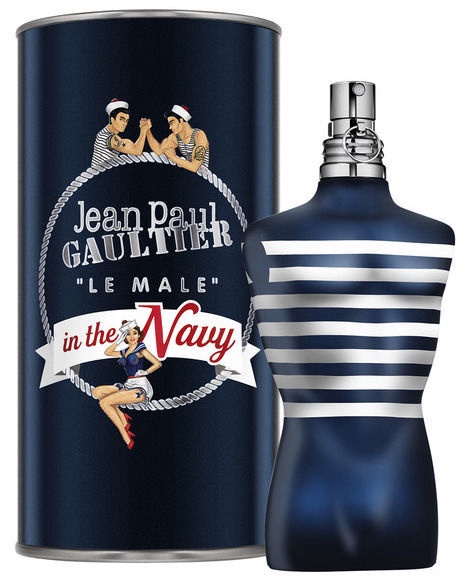 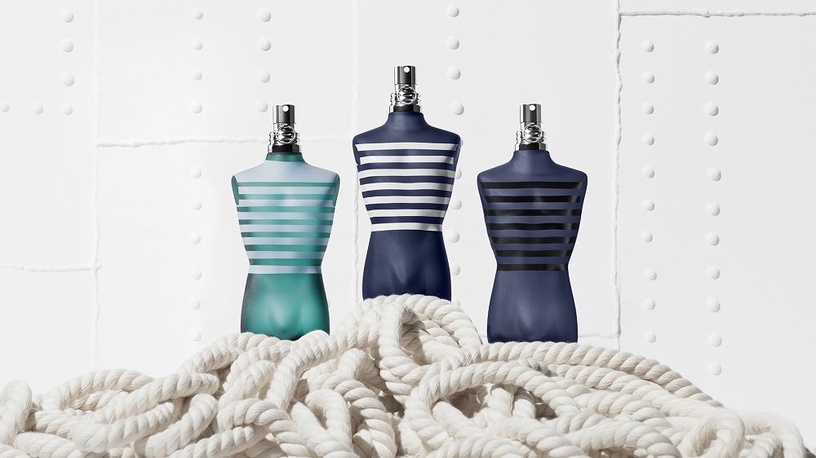 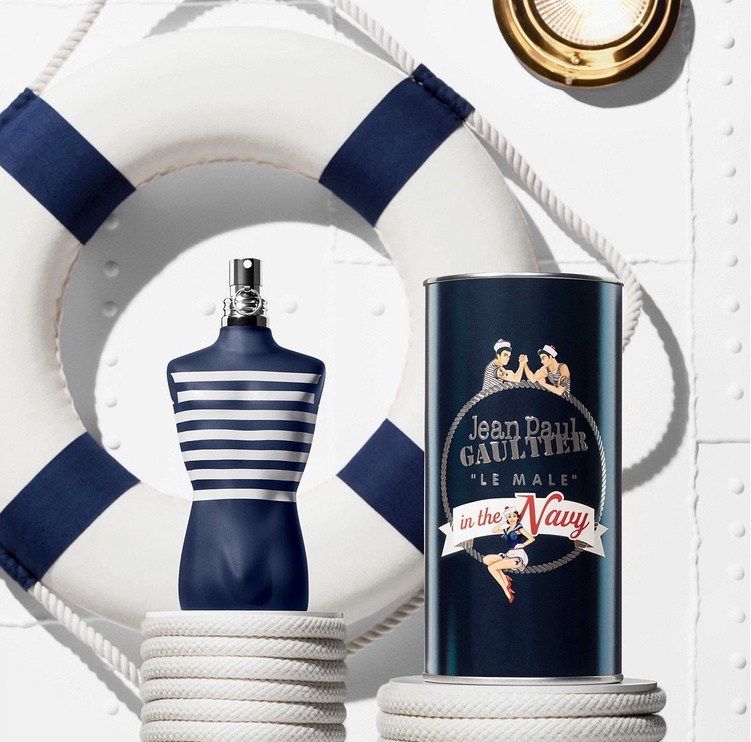 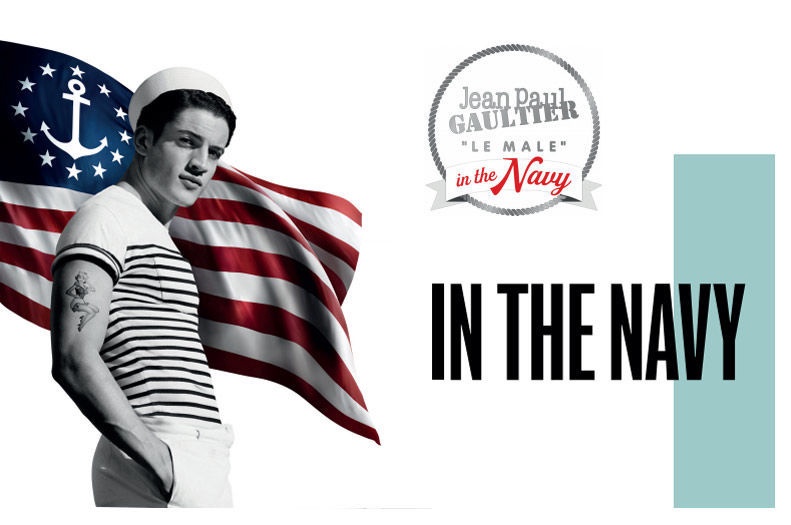 
The more powerful, seductive and masculine version of the first iconic Le Male fragrance by Jean Paul Gaultier comes to the market under the name LE MALE In The Navy in August 2018. The fragrance comes in the recognizable flacon of a male torso, this time in dark blue with white stripes; it’s the navy style that Gaultier favors and adores. The outer packaging, the can, is decorated with two sailors who test their strength and a pin-up girl, showing that there's no time for feeling bored on that ship!

LE MALE IN THE NAVY exclusively appeared in Macy's stores announced as an embodiment of sexiness. His composition begins with icy peppermint, creating an overture for the salty oceanic notes that dominate the heart of the scent, followed by vanilla and ambergris in the base notes. "All these notes characterize the ultimate sexy sailor."

The fragrance Le Male In The Navy is composed by the perfumers Quentin Bisch and Nathalie Gracia-Cetto.